This weekend was a very untidy one, I hadn’t really thought through exactly what I wanted to achieve. There is not too much to report really, but I’ll document the weekend to keep the diary up to date.  I knew I wanted to catch some fish, wasn’t really too bothered about large ones, just so long as I found some action. So the schedule was to fish Dryad on Friday night through to Saturday afternoon and on Sunday a trip to a private water was arranged through an invitation from a friend where something very old could well turn up. 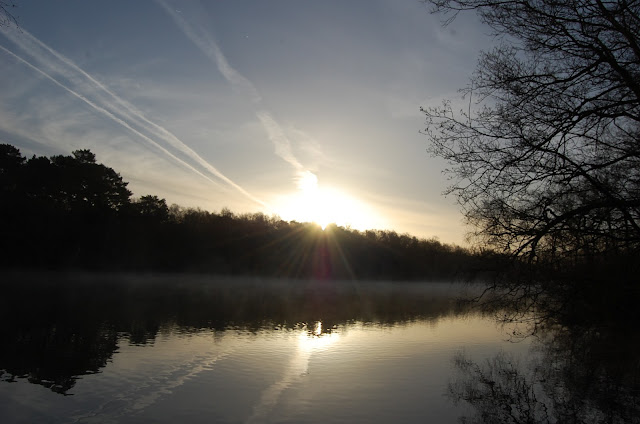 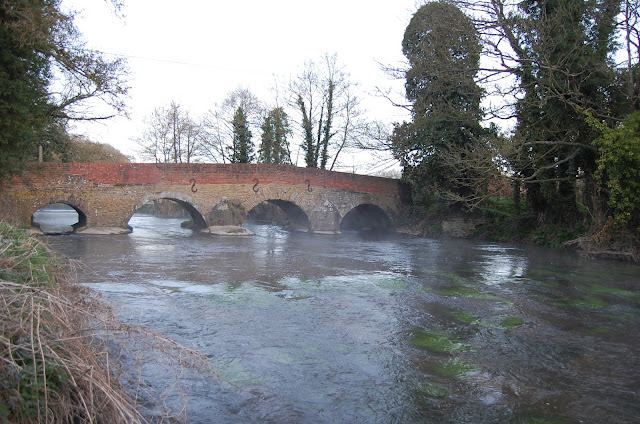 I got to where he told me to meet him at a few minutes past seven, Jon said he’d be there before me but all was deathly quiet. I took the liberty, whilst waiting for my host, to have a brief look at the pool and take a few pictures, and it was lucky I did as there was an eerie looking mist crawling its way across the surface in a bid for freedom. Soon after Jon arrived the sun appeared and burnt all the mist away revealing this lovely little pool of around 4 acres shrouded by trees and looking exquisite in the early spring morning sunshine.
After introductions we headed to the swims Jon had prepared and set up our respective pitches. First job, even before casting out, was to make tea. Over that first cuppa we chatted about carp, fish we’d caught, places we’d fished and, ultimately, places we’d like to fish. We eventually began fishing and sat back to wait for signs that the carp were interested. But not much appeared, in fact, what with the bright sunshine, conditions were poor, with the carp only interested in soaking up the sun’s rays in the out of bounds sections. A pleasant day was had in good company and I’m pleased to say that yet another friend has been made, as do many along the journey of carp fishing. The only action of the day was a slow take on my right hand rod just before tea-time which turned out to be a small pike of around one pound, hooked fair and square in the chops on a single boilie!! 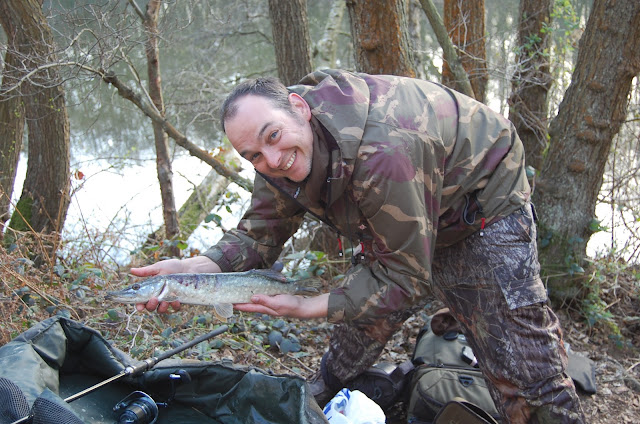 As darkness fell we made our way back to the car park, thanked each-other for a wonderful day out among the woodland, not catching the carp we came for but observing deer, foxes, kingfishers and many other creatures that made an appearance. I told Jon that I’d host him later in the summer and we headed off home. Another weekend gone but another fun filled time with even more hours clocked up doing my favourite things.
Posted by The Sweetcorn Kid at 17:09