Christmas, a time for enjoyment, a time for spending time with loved ones and a time for surrounding yourself with the things that make you happy. So what could be better than to go fishing with a bunch of friends, that’s just what I did this weekend. It was the next of the Traditional Fisherman’s Forum gatherings, “Grayling the return” on the Itchen navigation near Winchester.

I had planned to meet John and Daz at my parent’s house at 7am, to load the car and to hit the road in the hope of reaching the venue at 8. But things never go to plan where fishing is involved and I pulled up at Mum and Dad’s late and still in need of sorting my fishing gear out. Whilst my two companions chatted with Dad I frantically ran around the house, in and out of the shed and tried my best to ensure I’d not forgotten anything The only thing I couldn’t find was my float tube, I looked everywhere and decided that I must have left it behind somewhere, but I did have one new float, and the perfect float for the day’s fishing we were about to embark upon, so all was not lost. With the car eventually loaded we left for the river. We got to the arrival point just ahead of time and found that most were already there. We stopped for a chat, found out who we were missing and once we were happy all were accounted for set off for some angling, under the bridge, past the pub and left at the river. The walk from here is around half a mile, that’s to Wilbur’s Bush, the spot we like to make camp and decide if we want to fish up or downstream. Wilbur’s Bush is simply the bush that Wilbur, an old battle scared grayling of around 2lbs, lives. The weather was very kind to us to start, the sun was just peering over the tree line, mist collected at various points and the sky was blue. The river looked perfect too, a nice flow, not too strong, not too slow and with a lovely tinge of colour. Prospects were good. The vintage tackle on show just as everyone was setting up was amazing, and the rod that caught our eyes the most was the super little Wizard Connor was tackling up. Jeff had spoken with master rod builder Andrew Davis and asked if he would make a rod for Connor, and the outcome was “Connor’s Junior Wizard” and what a superb rod it was. It happened to be the luckiest rod of the day too with a grayling of 1lb 10oz, a 2lb trout and many other fish being brought to shore. It certainly was a joy to watch such skill in the hands of a very young man. The future looks very bright.

Everyone started to catch from the off, grayling and small trout seemed to be the order of the day, so not much change there, and with a sprinkling of minnows just for good measure. I caught two nice grayling and a few trout also and the new float acquired from Stuart at Fat Fish Floats was not only a joy to look at but also worked supremely in the conditions found that day. Six triple A shot and a number six dropper were needed to set the float correctly, a 1lb 12oz hooklink ended with a size 18 hook and two maggots to complete the set up. I did manage to catch the float in a tree early on and some bushes later in the day but somehow avoided losing it. These floats all come in lovely little felt cases, just to keep them safe, a very nice touch to an already impressive item of tackle, my order for more is in already and I can’t wait to receive them. Just before lunch I got the call from Fennel that he had arrived. Nigel, Jeff and I made our way back to the cars to meet him and to collect the tea making kit and cake. Once back at the weirpool we took a break from the fishing, chatted about the morning and I set about lighting the Kelly (with a lot of help from Fennel) and sliced up the wonderful cake my Dad made for the trip. Then more cake appeared as others had also brought some along and before long we were all tea and caked out and ready for some more fishing. 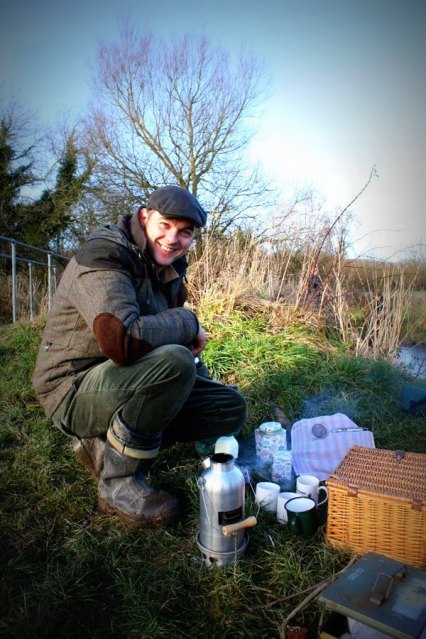 While we were chatting, Tim came by on his usual stroll as he is fairly local to the navigation and was surprised to see an army of traditional anglers all clad in tweeds and wielding cane rods about. We’ve met before so had a natter and I introduced him to some of the chaps. As Tim left so did Fennel and Nigel, they both had fairly long journey’s home, and just as they did the sky came over very dark, thunder and lightning struck and the heavens opened. We al got one hell of a drenching and did our best to pack everything away and run for it. We got back to the cars in one piece and before heading for home, John, Daz, Loop, Mark, Trev and I ducked into the pub for a swift half of ale, just to reflect on a splendid day and to wish each other a very Merry Christmas. 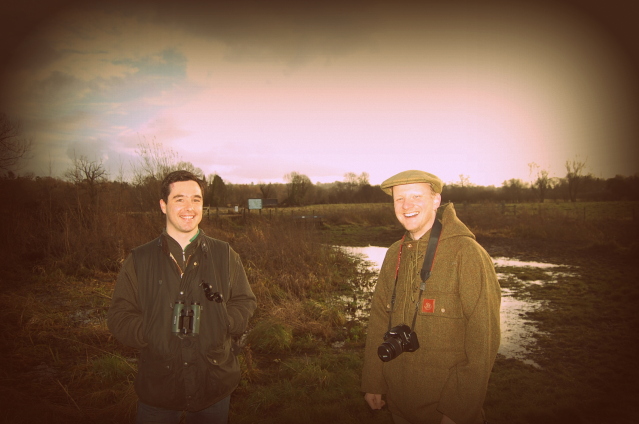 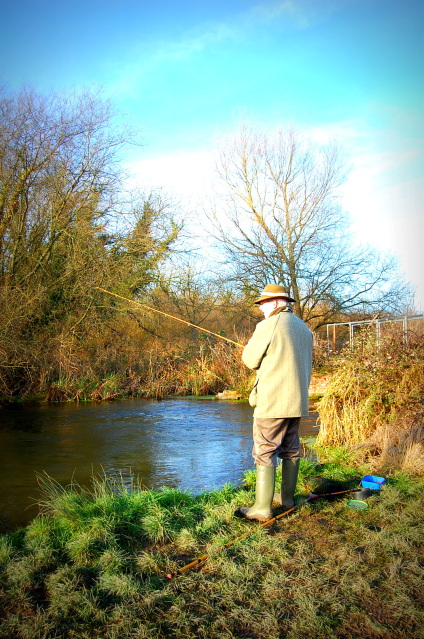 As you can see, we had no shortage of smiles, and I’d like to personally thank everyone who attended for making this gathering a very special one. Happy Christmas one and all….